Posted at 13:50h in Business by admin 0 Comments
0 Likes
Share

From 6th April 2016 the way that dividends are taxed has changed. As a result of this tax change the vast majority of IT Contractors will be worse off. Not only that but many who have paid no additional tax on dividends before will now need to set aside funds to pay the tax due on the dividends received as a result of this change although they won’t need to make any tax payments for some time yet. 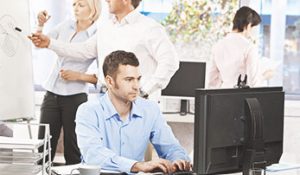 So it’s really important for those people taking dividends from a limited company that they operate to not only be aware of the new dividend tax rules but also to make sure that they are budgeting for the additional tax due each and every time that they extract the dividends from the company.

How much is the tax?

After that the following rates of tax are due:

But nothing has changed

For the large part the new dividend tax rules are likely to have gone unnoticed so far as no tax is actually due for payment yet on any dividends taken on or after 6th April 2016.

The new dividend tax applies for dividends received after 6th April 2016. This income gets reported on the 2016 / 2017 self assessment tax return which has to be filed by 31st January 2018.

However, to avoid any surprise tax bills, it’s suggested making sure that you calculate the amount of tax due on dividends taken on or after 6th April 2016 and put that aside for your tax bill.

The new dividend tax rules may also mean that you’ll have to make a payment on account on 31st January 2018. So you could have a bigger tax bill than you expected.

A payment on account (POA) is an amount paid towards the tax due in the current tax year.

A payment on account becomes due when the tax bill is more than £1,000.

Payments on account have to be made in two instalments – 31 January and 31 July.

The new dividend tax rules could mean that many have a tax bill of more than £1,000 for the first time and so this would put these tax payers into the payments on account regime.

What your accountant should provide

It’s very important to keep on top of your tax situation. As a limited company you could be paying PAYE, VAT, corporation tax as well as income tax as an individual on the personal income received.

Your accountant can help with this by providing a regular summary of your profit and tax position. Without this useful management information you could fall foul of taking more from the company than you’re entitled to or not putting aside enough to meet your personal tax liabilities.

Such situations can easily be avoided and the general rule of thumb should always be to save as you go when it comes to tax.

Sorry, the comment form is closed at this time.